Salt in the wound of medical freedom 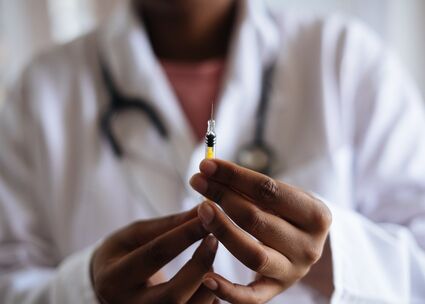 Medical freedom is more than women deciding if they are going to abort a pregnancy. It is a person's decision if they want to waive resuscitation. It's ending untreatable painful suffering. It's choosing to take a riskier healing path than what's recommended. It's deciding what drugs to take.

It's deciding on vaccinations.

The trio of COVID vaccinations was not welcomed by everyone. Some people decline to receive them.

It used to be we had a right in Washington to decline medical aid. I guess that doesn't count if a lot of people are afraid of the virus.

But let's not let facts stand in the way of a popular political push.

Gun control advocates (and national media) keep preaching about mass shootings and murders as reasons for dismantling the Second Amendment. Odd. The FBI states murders where guns were used account for 0.003% of all U.S. deaths in 2020. The number is 10,982.

Politics and the power to use them is something Gov. Jay Inslee knows about. He forced state employees and teachers to be vaccinated against COVID. Even volunteers for programs run by a school or university are required to comply, including 4-H.

Gov. Jay Inslee released a statement on Oct. 11, patting himself on the back and providing his rationalization for his decision to strip thousands from the choice of medical freedom.

"A lot has been asked of everyone in this pandemic, and each moment has been worth it to protect public health and save lives," Inslee said.

He didn't stop there.

"I am so thankful for a state workforce that has chosen the right and best path for themselves, their families and communities, and the residents they serve," he said.

They didn't choose. They were coerced. They wanted to keep working to pay rent, mortgages, buy groceries, and pay utility bills so they and their families could live. You put an economic gun to their heads.

I am vaccinated and recommended it to family and friends, but I haven't advocated for forced vaccinations.

We still don't force 11-12-year-old girls to be vaccinated against Human Papillomavirus (HPV).

Thirteen states do, but not Washington.

The salt in the wound is our clueless governor bragging about taking medical freedom away from people. They lost the freedom to decide what goes into their bodies. That is very personal.

The extreme divisiveness of liberal versus conservative politics has eroded people's trust in our government. National media has helped.

If you choose to be vaccinated, it's good that you decided to do it. If you declined the vaccine, you shouldn't have to explain why or argue within the narrow frame of state-approved exemptions.

Bill Stevenson is the editor of the Whitman County Gazette, Colfax Daily Bulletin and Franklin Connection. He has nearly 30 years of journalism experience covering news in Eastern Washington.