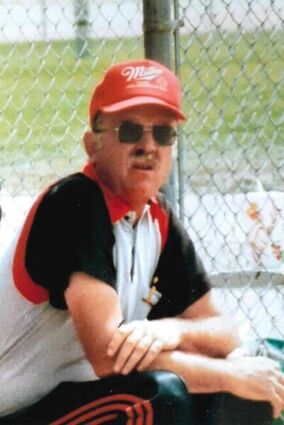 Russ graduated in 1960 from St. John High School where he was captain of his basketball team. After serving in the United States Army, he returned to college to study for his CPA certificate. He worked in Spokane for over 20 years as a CPA. Russ had a love for sports. He coached many men and woman's softball teams. He served as the commissioner for the Spokane Metro Softball Association. Russ was inducted into the Inland Empire Softball Hall of Fame as a coach in 1996. You could always find him at Franklin Park. He loved watching the Zags, playing golf and going to the casino.

Russ was preceded in death by his parents, Glyn and Mary Sharp, his brothers, Ray and Roy, and by a sister, Leona. He is survived by his three sons: Lanny (Debbie) Sharp, Jamie (Keri) Sharp, and Andy Chambers; his grandchildren: Shayne, James, Kayli, Gracie, and Scarlet, and by five great-grandchildren. He is also survived by a brother, Ralph Sharp and his sister, Vera Parrish. Bruning Funeral Home is caring for the family. On-line condolences may be made at http://www.bruningfuneralhome.com.