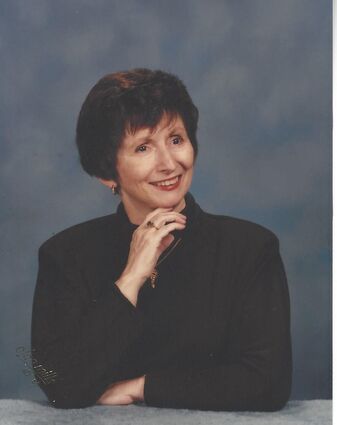 Patricia L. Dole was born on February 12, 1930, to Arthur and Zelma Dole. She joined sisters Armeda and Wilma. Later Bill was added to the family. She went to school in Pullman and then Colfax, Washington when her family moved between Garfield and Palouse. She graduated from Colfax High School in 1948 as salutatorian of her class.

Pat received her degree in Sociology from Whitworth in Spokane in 1952, and then joined the Women's Army Corp where she advanced to 1st Lieutenant. She was honorably discharged from active duty in 1955. Pat next earned her Master's Degree from the University of Denver.

Her career began as a Social Case Worker for the Department of Public Health in Ellensburg, Washington. From there she worked as a Case Worker Aide at a Veterans Hospital in Fort Lyons, Colorado; a psychiatric social worker in the Tulsa Psychiatric Clinic in Oklahoma; in private practice; and as a psychiatric social worker for Tulsa Community Mental Health and Eastern State Hospital. In 1973, until 1993, she worked for the Department of Mental Health, Community Health Division in Ardmore, Oklahoma. At times she was a private instructor for Oklahoma School of Social Work.

Patricia was passionate about her career and helping people, but also enjoyed opera, theater and acting; painting with water colors; creative needlework with crewel, embroidery, and beading; collecting coins; staying abreast of current events; reading and learning. She held memberships in the Presbyterian Church; Oklahoma Health and Welfare Association Board of Directors; Taskforce for Area Aging Agency; and the National Association of Social Workers. She donated time and money to several charities. She was a successful, independent, single woman when women were not in the professional workforce.

While growing up, we cousins didn't get to see our Aunt Pat very often, but when she visited or we visited her, it was special. She sent us birthday gifts and made us feel she was proud we were family. She made beautifully beaded Christmas Stockings that continue to be used and treasured. She did not "mince" words, but said what she believed or felt we should know.

A graveside memorial is planned for Patricia L. Dole, at the Colfax Cemetery, with the United States Army Honor Guard participating on Friday, September 10th at 1:00 p.m. Please wear a mask.