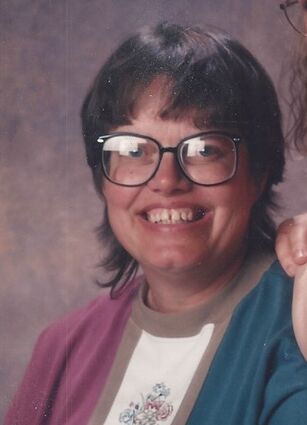 Gay went to be with her precious Savior on Aug. 30, 2021, while living at The Pride Nursing Facility in St. John, Wash.

Gay Ellen Stroud Wise was born to Cledell (Tuff) and Ruby Wise Stroud on 1946 in Miles City, MT on Sept.9th, 1946. Because Tuff worked for the railroads and was away from home a good part of the time, when Ruby became ill, they moved to Lacrosse to be closer to family. When Ruby passed away in 1951, Gay and sister Melody went to live on the ranch west of Lacrosse with Ruby's brother Tollie and Opal Wise and son Gregg. They were then adopted in 1955. Gay loved living on the ranch but was never into cows and horses. Instead, she much preferred cooking, sewing and playing the piano.

She graduated from Lacrosse High School in 1964. She attended EWSU in Cheney for a while where she had the privilege of accompanying the orchestra on the piano. She later attended Walla Walla Community College and took accounting. While in Walla Walla, she met and married William (Bill) Breedlove. They had a daughter, Rebecca, born in 1974 and later passed away in 2020. Gay and Bill divorced in 1974. Gay then moved back to Lacrosse where she met John Nelson. They were married in 1979.

In Lacrosse, she belonged to and was active in the Order of the Eastern Star and the First United Methodist Church. Her primary job at the church was to play beautiful piano/organ duets with Kathy Schlomer at the church services and funerals. She was privileged to use her piano talents to teach several of the local youngsters how to play and continued until her illness forced her to quit playing. Her accounting abilities were used by Wise`s Hardware, The Lacrosse Builders and Mills Aircraft along with many others. Because of her deteriorating health, she moved into The Pride Nursing Facility in 2019.

Those who knew her, could not help but feel her gentleness and beautiful spirit. Her faith in Jesus Christ was very evident even as her physical condition deteriorated. She never lost her smile and appreciation for those helping her and those visiting.

She is preceded in death by her parents and daughter Rebecca. She is survived by husband John of Lacrosse; brother Gregg (Sandra) Wise of Spokane; sister Melody Wixom of Lacrosse; grandchildren Madison Candler and Jonathon Edger, both of Spokane as well as other cousins, nieces and nephews.

Interment will be at the Lacrosse Cemetery on Sept. 17th at 1:00 p.m. Because of concerns for covid, we are restricting attendance to family and close friends only. Memorials may be given to Lacrosse Dollars for Scholars, Lacrosse Community Methodist Church or the charity of your choice.

On-line condolences may be made at http://www.bruningfuneralhome.com. Bruning Funeral Home is caring for the family.