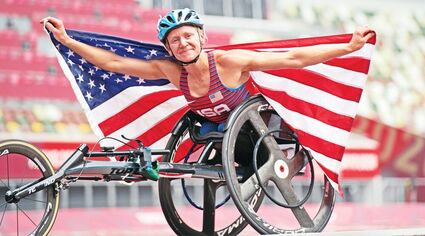 "I feel so blessed honestly. My strength is going as hard as I can for a long time and that never happened at the paralympics and I have no experience doing anything else," Scaroni said.

She said she looked back with seven laps to go, expecting the pack to be at her heels, but there was no one behind her.

"I've been telling myself all summer that I can't do what I would love to do and honesty I pulled hard like I normally do. I was going to move out for the next person to go through but nobody was there. I'm really grateful and surprised. 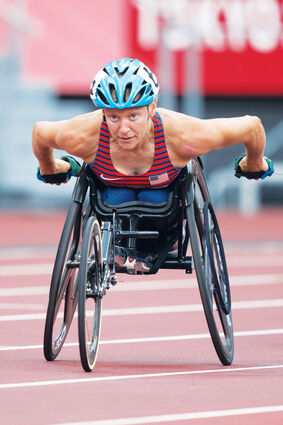 "My strengths are definitely in the longer races but I'm happy to keep learning from things like the 800 (meter race)," she said.

In the women's 800-meter race, Scaroni finished in 1:44.43 for a bronze medal, just behind her teammate Tatyana McFadden who finished in 1:43.16. Both racers set personal records for their times.

"This is a big improvement for me for the 800 (meters), so I am really proud of how my training over the last five years and the learning I have gone through has paid off," Scaroni said.

She continues competing in her second appearance at the Paralympic Games. Scaroni is competing in the 500-meter race and the women's marathon later this week.

"It's a huge honor and I am very grateful to have the opportunity to race against these strong women," she said.