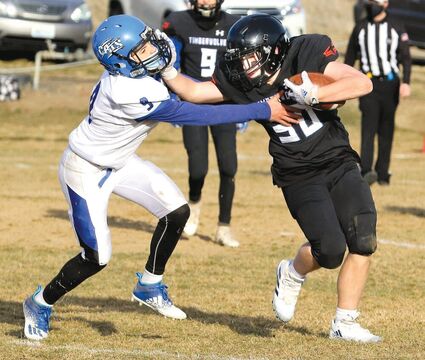 The Tekoa-Rosalia Timberwolves in a game versus Wilbur-Creston last season.

TEKOA — The Tekoa-Rosalia Timberwolves face a tough gridiron schedule when they take the field this fall.

The boys football team is competing in the 1B Southeast (eight-man) league this season.

While the Timberwolves are not ranked, at least three of their competitors this season made ScorebookLive.com’s Top 10 preseason rankings.

The Liberty Christian Patriots, Pomeroy Pirates, and the DeSales Fighting Irish all got listed as teams to watch this season.