First game is Sept. 3 versus Davenport 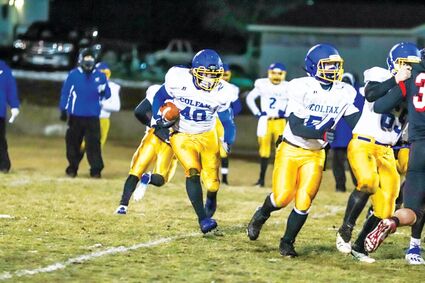 The Colfax Bulldogs in a game against Liberty (Spangle) last season.

Colfax High School football players finish at 6 a.m. Monday through Thursday weights workouts this week, unless they are already lost to working in the fields.

The team reconvenes on Aug. 18 for two-a-days practices.

"I told them, as I do every year, get out of the truck, run to the top of the hill, do push-ups, do sit-ups, don't just sit out there," said Colfax Coach Mike Morgan.