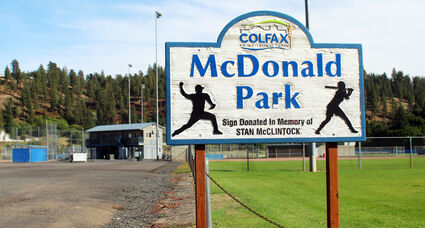 Colfax is working to fix the park restrooms.

COLFAX — Concern about the condition of McDonald Park restrooms were brought to the Colfax city council by two people on Aug. 2.

It led to assurances that it's being addressed by the city.

"We thought they had some legitimate concerns and we'll get them addressed," Kackman said.

Matt Hammer, city public works director, is talking to the maintenance contractor, who takes care of the restrooms during the April-October season.

City parks staff and volunteers play a role in the maintenance of the complex.