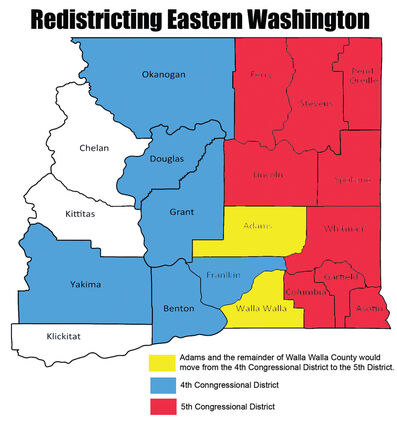 A state Redistricting Commission public meeting was held on July 24.

"Eastern Washington is not just everything east of the Cascades," Adams County Commissioner Dan Blankenship said during testimony. "If the 5...