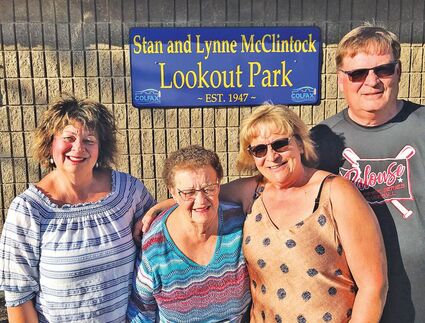 COLFAX - Family members of Stan and Lynne McClintock gathered to honor the couple at the park renamed for them.

Lynne was the late Stan's wife, who worked with him and their children Don, Lori and Trudy for many years on the city parks system.

Stan was a contractor with the Washington State Department of Transportation and worked for Colfax in the city parks for six months each year.

The sign was placed in June after the Colfax city council approved the...