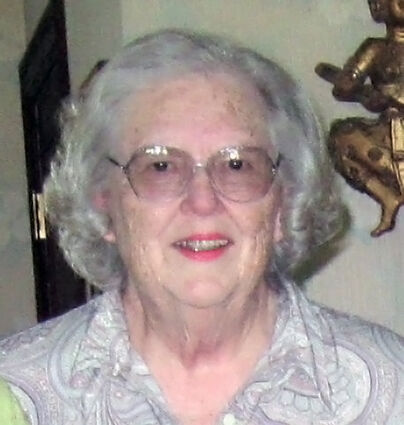 Miriam was born December 16, 1931, in Monroe, Wash., to William Payton and Miriam Dorothy (Van Hoosen) Colvard. Miriam married Harley H. Tuck in 1951 and they lived in Kittitas, Washington for seven years until becoming American Baptist missionaries, serving nine years in Thailand. They then went to Afghanistan for two years with the United Nations Food and Agriculture Organization. Miriam and Harley divorced in 1975. In 1977, Miriam married Herbert G. Stratton, local wheat farmer and member of a pioneering family. She worked as a secretary in the Cooperative Extension and Animal Sciences departments at Washington State University until her retirement. Following retirement, Miriam completed studies for her Bachelor of Arts degree at WSU in 1997 and published a book of her experiences in Afghanistan: Guests in the Land of Buzkashi. She also contributed articles to the Whitman County Historical Society Bunchgrass Historian. Miriam and Herb were active in the American Field Service student exchange program, hosting four exchange students from Ecuador, France, Egypt and Japan.

A graveside service will be held on Saturday, July 10, 2021, at 10 a.m., at the Pullman Cemetery. The memorial service will take place later this summer. Kimball Funeral Home has been entrusted with arrangements.

Memorial donations are suggested to the Northwest Children's Home (Lewiston, Idaho), Community Action Center (Pullman, Wash.) or to a favorite charity. Online condolences may be sent to http://www.kimballfh.com