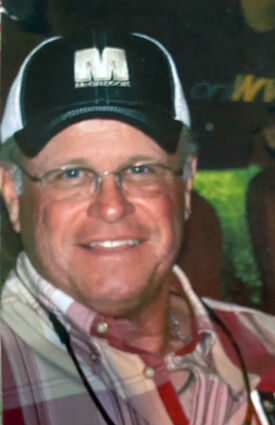 Jeffrey Edwin Andrus, long time resident of LaCrosse, passed away peacefully in the early morning hours of July 5, 2021, at the Whitman Hospital in Colfax after a hard-fought battle with cancer. He was 71.

Jeff was born in Colfax, Wash., on April 18, 1950, to Edwin (Buster) and Donna Andrus. He grew up in LaCrosse and graduated from LaCrosse High School in 1968. Jeff attended Eastern Washington University where he graduated with a Bachelor's Degree in Business. While at Eastern he met the love of his life, his Cindy. Jeff and Cindy Guard were married in Friday Harbor, Washington on September 29, 1973. They made their home in LaCrosse as Jeff worked side by side with his dad Buster at their business, LaCrosse Transfer.

Jeff and Cindy created a beautiful family and had three children, Kira, Shane and Frank. Their family spent many weekends enjoying boat trips and water skiing on the Snake River. They enjoyed trips to Friday Harbor and roaming around Cindy's stomping grounds. He always had a love for flying and enjoyed soaring up in his ultralight aircraft. Later after they purchased a place on Williams Lake many family gatherings were held there. Spending time with his growing family and all the grandkids were special to "Papa" as the grandchildren called him. He loved that name.

Above all, Jeff loved his family, they were his pride and joy. He had a wide-open smile and an infectious laugh that will never be forgotten. Jeff guided his family with a steady hand and a loving heart. After many years at the Lacrosse Transfer, he finished out his career with the McGregor Company. Jeff loved his community and worked hard to make it a great place to live and raise a family. He was very active through the years with the LaCrosse Lions Club, LaCrosse Volunteer Fire Department, LaCrosse Methodist Church, and the LaCrosse Community Pride. He gave back to his community he loved in countless ways. His kind, gentle demeanor and wide, generous smile, an example to all.

Jeff is survived by his wife of 47 years, Cindy, at home in LaCrosse; three children, Kira Mitchell, Spokane, Shane (Lorena) Andrus, Pullman, and Frank (Jamie) Andrus, Ephrata; by six grandchildren, Alice and Ben Mitchell, Christopher and Montsy Andrus, Kelby and Carson Andrus; and by his sister, Nancy (Jim) Patterson of Gooding, Idaho; and by numerous nieces and nephews and countless friends. He was preceded in death by his parents, Buster and Donna.

The family suggests memorial gifts be made to the Lacrosse Community Pride, P.O. Box 321, Lacrosse, WA 99143 or to a charity of donor's choice. On-line guest book is at http://www.bruningfuneralhome.com