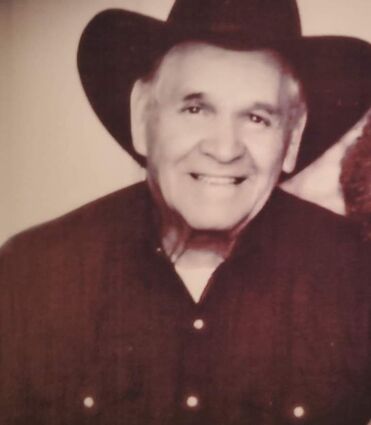 Edwin Burnace White, long time resident of Washtucna and beloved father and husband, passed away on July 11, 2021, at the Whitman Hospital in Colfax. He was 87.

Edwin was born in Nunn, Colorado, on September 17, 1933, to Oscar and Rose White. He grew up there and attended school in Evans, Colorado. He later met the love of his life, Erla, at a Greyhound bus depot. They were married on October 9, 1958, in Coeur d'Alene, Idaho. They made their home in Washtucna in 1981 and created a beautiful family. They had four children together: Cliff, Cindy, Terina, and Brandn. He was a horse trainer for 40 years, training over 7,000 head in his time. He was also a longhorn cattle rancher and rodeoed often, riding saddle bronc, bareback, and bull. He served his country with pride in the Navy during the Korean War from 1950 to 1954. He was also an artist, specializing in free hand drawing.

He was preceded in death by his parents, Oscar and Rose, and 13 siblings. Edwin is survived by his wife, Erla, in Washtucna; their four children, Cliff White of Washtucna, Wash .; Cindy Lee Andrews of Troutcreek, Mont .; Terina Rose Adams of Coeur d'Alene, Idaho; and Brandn Earl White of Ritzville, Wash. Cremation was held.

Online guest book is at http://www.bruningfuneralhome.com