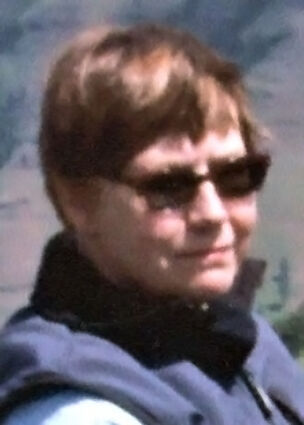 Mary Esther (Weeks) Bear was born Aug. 16, 1950, to Kenneth and Esther (Mueller) Weeks in Baudette, Minn. She spent her childhood in the Lake of the Woods area alongside her older brother, Leslie. In 1969, she graduated from Baudette High School as a member of the National Honor Society.

The following summer was spent working in Yellowstone National Park, after which she traversed the Pacific Northwest as part of a traveling magazine sales crew. She joined the United States Navy in 1971, from which she was honorably discharged. Subsequently, she served for 20 years in the United States Air Force Reserve, attached to the 141st aerial refueling wing. This included deployment to Egypt during Operation Desert Storm.

Mary attended Lewis-Clark State College in Lewiston, earning a Bachelor of Science degree in business administration. She worked a number of jobs following the completion of her degree prior to accepting a position with SEL in Pullman.

It was there she met her husband-to-be, Greg Bear, whom she wed June 17, 2001. Together they custom-built their home in Garfield. Mary delighted in caring for her many animals over the years, whom she loved like children, including cats, rabbits, guinea pigs and even a pot-bellied pig. She was full of wanderlust from a young age and lit up recounting tales of her many adventures and sharing her passion for social justice issues, particularly civil rights. She enjoyed crocheting and crafting, nature, documentaries and traveling with her husband via train to visit family back in Minnesota.

Mary was preceded in death by her parents and sister-in-law Becky Ashling. She is survived by her husband, Greg; brother Leslie Weeks; niece Cassandra Weeks; great-niece Carina Rain Vang; as well as relatives and friends fortunate enough to have known her vibrant spirit. She will be deeply missed and fondly remembered.

Kramer Funeral Home of Palouse, Wash., is caring for the family. You are invited to leave online condolences and order flowers for the family at http://www.kramercares.com