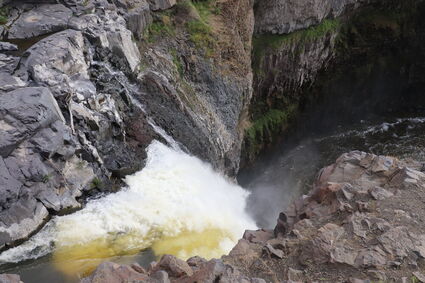 The view from atop Palouse Falls looking down.

PALOUSE FALLS - The Frank County Sheriff's Office responded to Palouse Falls about 4:45 p.m. Thursday, July 8, after a report of an Oregon woman sliding off a trail.

The woman, whose name was not released, suffered minor injuries and was able to walk out of the falls basin, a report said.

She was treated for bruises and scrapes, a report said.