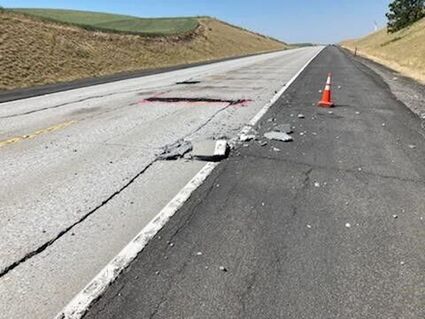 COLFAX - A section of pavement buckled on State Route 195, north of Colfax, on June 29 because of the heat.

The Washington State Department of Transportation reported the incident as temperatures peaked during an extreme heatwave.

Repairs were scheduled for the next morning. The road remained open but reduced to one lane of traffic.

Roads are known to expand during high temperatures. Extreme heat may cause expansion to the point of buckling.