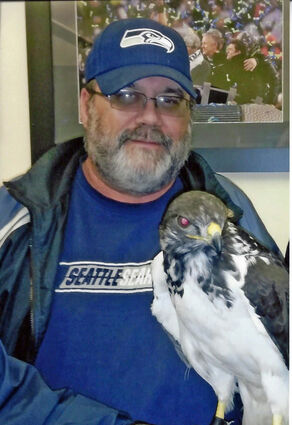 A memorial service for Rick Squibb, age 61, was held Saturday, June 26, 2021, at 3 p.m. at the Empire Theater in Tekoa. Chris Smith officiated at the service. Urn burial followed at Goldenrod Cemetery in Tekoa. Mr. Squibb passed away on June 14 in Spokane.

Rick was born Sept. 19, 1959, at Spokane to Jerry and Donna (Weatherly) Squibb. He was raised in Tekoa where he attended school, graduating from Tekoa High School in 1977. Rick married Holly Geiser on June 10, 1995, and they made their home at Tekoa. Rick worked as a long-haul truck driver. The couple has made their home in Spokane Valley for the past two years.

Rick was a former mayor and councilman of Tekoa, was a member of Oakesdale Masonic Lodge, and a member of El Katif Shrine Club. His hobbies included motorcycles, or anything with a motor. He enjoyed tinkering in his shop and playing with his grandkids. He was kind, patient, and enjoyed dad jokes.

Survivors include his wife Holly at their Spokane Valley home; his children, Jessica (Mrs. Rob) Fister of Tucson, Ariz., Diana (Mrs. Alex) Angle of Okinawa, Japan, and Mandy (Mrs. Jarrad) Giese of Spokane, Wash .; his siblings, Denise Ottosen of Spokane, Terry Squibb of Spokane, and Lori Enzler of Fairfield, Wash. Also surviving are his parents, Jerry and Donna Squibb of Tekoa and four grandchildren. He was preceded in death by a daughter, Rickie Marie Squibb.

Kramer Funeral Home of Tekoa, Washington is caring for the family.