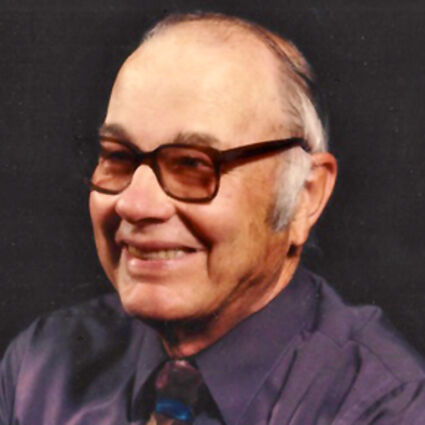 Don Lee Comstock, 92, was born to George and Wayve (McBride) Comstock on January 7, 1929, at his parent's home on Riverside Hill Southwest of Potlatch, Idaho. At the time their address was Palouse, Wash., Rt 3, and also they had a Palouse Telephone number.

Don attended the first five grades at the East Cove Country School, then he transferred into the Palouse Schools graduating from the Palouse High School with the class of 1947. In 1946 he was the National FFA winner in electricity and won a trip to Kansas City.

Don served two years in the Army from 1950 to 1952 and was discharged as a Corporal during the Korean Conflict at Camp Hanford, Wash.

Don was a 50-year plus member of the Kennedy Ford Grange and held the office of Treasurer for over 25 years. He was a board member of the Potlatch Credit Union and Palouse Grange Supply. Don was an amateur Ham radio operator using call letters of K7YLD. His hobby was building small model engines. He was a lifetime member of the Lewis & Clark gas engine & steam club. He was a member of the Palouse Federated Church. Don was Latah County Farmer of the year in 1963.

Funeral services will be held on Saturday, June 26, 2021, 10:00 AM, at the Palouse Federated Church, Palouse, Wash., with Rev. Corey Laughary officiating. Burial will follow at the Freeze Cemetery, Potlatch, Idaho, with Military honors with Potlatch Post #10300 and the United States Army Honor Guard Participating.

Kramer Funeral Home of Palouse is caring for the family. You are invited to leave online condolences and order flowers for the family at