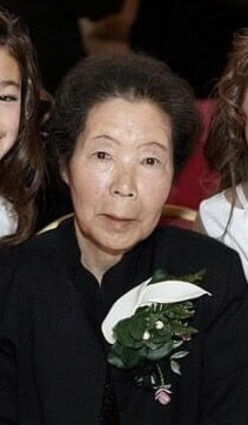 Shigeko (Butsuya) Sakamoto, passed away peacefully, surrounded by her family, in Spokane on the morning of June 4, 2021, after a 5-year battle with lung cancer. She was 80.

She was born on September 25, 1940, to Kichishi and Fuku Butsuya in Japan. She lived in Japan and moved to the United States after marrying Sumio on August 1, 1965, in Japan. First settling in Los Angeles, Calif., then moved to Boise, Idaho, in 1973, and later became a naturalized U.S. citizen. In 2004 she and Sumio moved to Colfax, Wash., to retire near their children and grandchildren, where they stayed until approximately 2019, when they moved to Spokane, Washington.

Shigeko was known for being a talented seamstress and was often sought out to do alterations or create drapes or pillows, dresses, and anything that was needed - no job was too small or too difficult. In her earlier years in Boise she co-owned a business called Kay-Zak, and specialized in making quality outdoor wear and items (down jackets, vests, down sleeping bags, etc.). She was also known to create wedding dresses. She then joined Sumio in their small business venture, Star Photo Service, where they provided quality photo finishing for the public and certain businesses and specialized in restoring black and white photos.

Shigeko had a great love of animals, and could often be counted on to feed all the neighborhood cats. She loved to work in her garden, and always produced an incredible amount of vegetables in a small space in their greenhouse garden.

She was a very active person until lung cancer slowed her down, but her spirit and determination kept her fighting.

She is survived by her husband, Sumio; son James (Connie) Sakamoto, and daughter, Lynn Sakamoto (Richard Howell); and grandchildren Taylre and Skylre. She was preceded in death by her mother and father; both brothers and in-laws, Hiyata and Fujiko Sakamoto.

The family is planning on having a private graveside service, date to be determined, at the Colfax Cemetery. The family would also request in lieu of flowers or condolence gifts, to consider a donation to the Whitman County Humane Society.