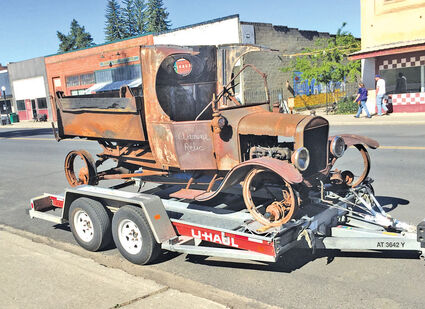 ROSALIA - It was known from parades around Whitman County.

A 1922 Ford Model T one-ton dump truck would roll to a stop in front of the announcer, causing confusion, until the bed rose and dropped a load of candy onto the street.

It was "Warren's Relic," bought at an estate sale by Paul Beck. It was once owned by the late Warren Roellich, of Rosalia.

It was kept in Malden.

On Labor Day last year, Beck and his wife lost three houses in the wildfire and for the 1922 Ford, its tires burned away, its wooden spokes destroyed, but its rusted exterior stayed mostly the same.