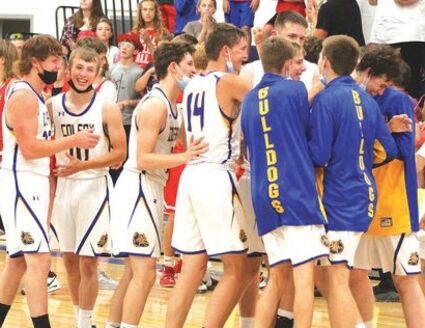 COLFAX - Colfax's John Lustig sealed a 68-63 win with a rebound and two free throws in the NE2B boys basketball league championship game on June 18, over the Davenport Gorillas.

The Bulldogs created a 10-point lead just before halftime on their home court and kept it until late in the fourth quarter. That's when Davenport exploded to take a 1-point lead with 2:30 left.

Lustig then scored in the lane for Colfax. Seth Lustig, John Lustig's younger brother, hit two free throws. John Lustig got the last rebound after a series of Gorilla misses on their last possession.