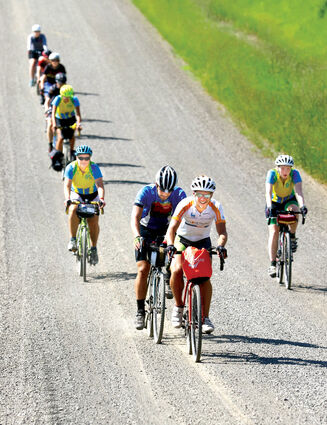 TEKOA - A Mennonite cycling group crossing the U.S. to race awareness for climate action rode out of the state on June 5, after spending the last several days in Eastern Washington.

The group of 16 riders, two leaders, and two support-vehicle drivers were at the Idaho state line midway through Day 6 of their ride.

When complete, the cyclists expect to have ridden 3,658 miles.

Alderfer said most of the riders were from Mennonite...