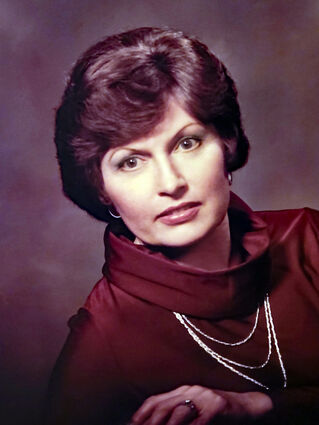 Loved and supported by her family and many friends, Dorthy A. Mader, 93, of Lewiston, Idaho passed away Monday, May 24, 2021, in Lewiston. All are invited to a celebration of her life Tuesday, June 15, at 2 p.m., at Orchards Community Church in Lewiston, Idaho. There will also be a viewing on Monday, June 14, 4-6 p.m. at Malcom's Brower-Wann Funeral Home of Lewiston.

Dorthy was born on January 27, 1928, in Colfax, Wash., to Harold and Maude Johnston. The oldest of four children, she was raised in Penawawa, Wash., on the family's orchard on the Snake River with brother Harold, brother Donald, and sister Mary Lou. She attended the Penawawa primary school and graduated from Colfax High School in 1945. In September 1945, at the age of 17, Dorthy entered the WWII Cadet Nursing program, which eventually led to the completion of her Washington State University certification as Registered Nurse. Dorthy married Winston Mader on June 26, 1951, who served in the Air Force and later began farming. The two soon purchased farmland near Genesee, Idaho, where they lived and raised their family. In 1982, Dorthy decided to reenter the workforce as a nurse for several private medical practices in Lewiston. Later, she served others through volunteer work at organizations including LifeChoices/CareNet of Lewiston and St. Joseph Regional Medical Center, working into her late 80's. Dorthy loved leading, teaching, and mentoring other women; in 1978, Dorthy joined the Image of Loveliness organization and began teaching classes helping women reflect God's beauty in their personality, manners, and physical appearance.

Over the years Dorthy was a member of and held various leadership positions in several clubs and organizations including Christian Women's Club of Moscow, Idaho, Republican Women's Club of Lewiston, P.E.O. International (a philanthropic organization that celebrates the advancement of women; educates women through scholarships, grants, awards, loans, and motivates women to achieve their highest aspirations) and the private Polyanna Club of Tammany, Idaho.

Dorthy had many loves and passions; she loved God's creation, the natural beauty of wildflowers, roses and sunsets, and worked hard to create a beautiful home environment for her family and many guests. Dorthy loved to travel, seeing beautiful and historic places all over the world, and using the trips as an opportunity to spend one-on-one time with friends and family members.

Her family is blessed by the strong legacy of faith and prayer that Dorthy leaves behind. Family was everything to Dorthy. She was the spiritual rock of her family and taught her children to study the Bible and take their concerns to the Lord. As recently as May 24, many received daily texts from her with a word of encouragement or a scripture. She was always active in her church, where she sang in the choir, other vocal groups, and lead bible studies and classes for college age. She loved her Orchard's Community Church home group and called them family. Dorthy served as a Christian mentor to many, building lifelong friendships with women of all ages who sought her out for mentorship and prayer.

Dorthy was preceded in death by her father and mother, spouse Winston Mader, and brother Donald Johnston.

The family requests memorial gifts be directed to:

Malcom's Brower-Wann Funeral Home of Lewiston is caring for the family.