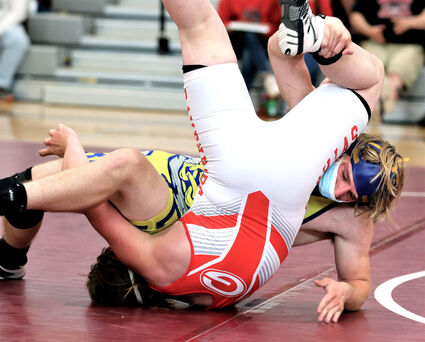 Alex Rabaotti was pinned by both Reard...