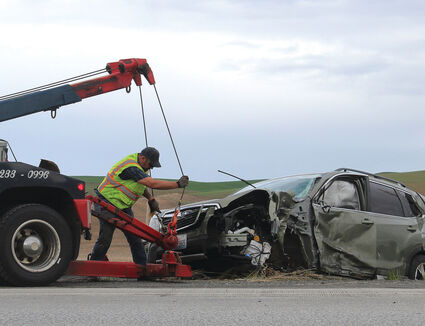 COLFAX - A Garfield woman allegedly ran a stop sign on Dry Creek Road and struck a semi-truck on State Route 195 on May 25.

Rebecca P. Jones, of Garfield, was driving a 2020 Subaru Forester west on Dry Creek Road, according to the Washington State Patrol. She allegedly failed to stop at a stop sign and turned onto SR 195.

A 2020 Kenworth semi-truck, driven by Paul J. Combs, of Hayden, Idaho, was heading north when the vehicles collided about four miles north of Colfax at 3:43 p.m.

Traffic on the highway was stopped for the investigation and to clear the vehicles.

Jones was injured during t...