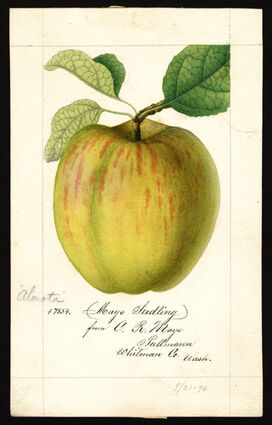 One of the found varieties is the Almota apple.

David Benscoter and the Temperate Orchard Conservancy (TOC) identified the apples collected in the fall of 2020 in the Palouse area.

The two projects in cooperation have now found 29 apple varieties thought previously to be extinct.

When a lost apple is identified, two apple trees are grafted and planted at the TOC in order to preserve the line. Grafting wood and trees are lat...