Lost to St. George's and Jenkins to end 2-2 for season 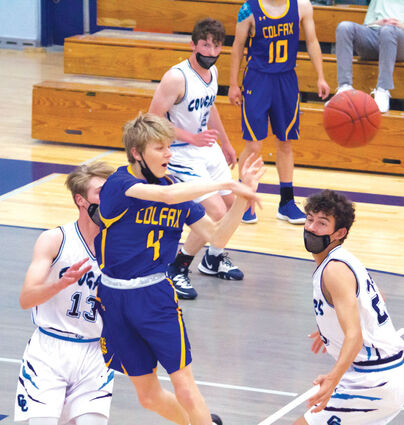 Colfax's Carson Gray catches a pass while playing the Cougars.

COLFAX - The Colfax Bulldogs boys basketball team is coming out of last weekend with losses to St. George's 79-47, and Jenkins 77-48.

The young Colfax group played without both of its juniors. John Lustig strained a muscle in his back last week in practice and Damian Demler sprained his ankle.

"(The weekend) was a bit of a learning curve," said Colfax Coach Reece Jenkin. "But our kids didn't quit. They're giving what they have. Kids are getting opportunities and we're adjusting on the fly."

Colfax only had freshmen and sophomores available against the two veteran teams from the north.