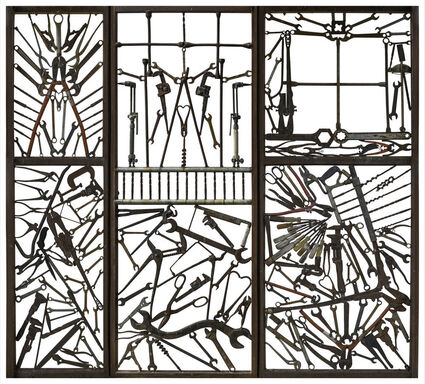 Artistic frames made for the Druffel gazebo

COLFAX - A new show by Colfax photographer Tom Mohr pays tribute to "Mike's Gazebo," an installation on a farm near Johnson by the late Mike Druffel.

"I'm more like a producer on this. It's a work done by me to show someone else's work in a good fashion," Mohr said.

Mohr's work was featured at the library in previous shows such as "Why I Moved to Colfax."