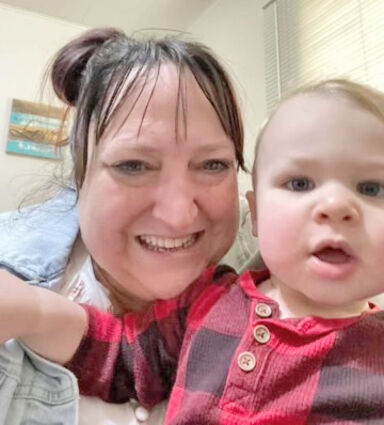 A celebration of life service will be held at the First Baptist Church in Colfax, Wash., on May 27, at 11 a.m.

Tina was born June 16, 1969 in Moscow, Idaho, to Donald and Elmira Gudmunson. She was the eighth of nine children in the Gudmunson family.

Tina lived all but a brief period of her life in Colfax where she attended school, graduating in 1988.

Tina loved to sing and was a member of Concert Choir during high school where she participated in several annual high school musicals. Tina also served as part of the praise and worship team in her church.

Tina loved the sport of wrestling and she participated during high school as a cheerleader and as a statistician for the high school team. She was very proud of the fact that she was the first female in Colfax High School to be awarded the annual wrestling scholarship through the high school wrestling program/club.

After high school, Tina attended Mr. Leon's School of Hair Design in Moscow, Idaho, graduating as a licensed cosmetologist in 1989.

Tina married Chad Kincheloe of Lewiston, Idaho, on June 6, 1992. The couple moved to Colfax shortly after their marriage to start a family and were blessed with three children.

Tina loved being a homemaker and cherished her time with her children. She was particularly fond of cooking and baking for, and with them over the years.

Tina loved God and had a strong relationship with Jesus. She raised her children in the First Baptist Church of Colfax, where she served on the deaconess board, and encouraged them to develop their own relationship with God as well. Her faith was an integral part of her life and helped her navigate life's many storms.

Once an empty-nester, Tina reentered the work force finding her perfect job at the Meter Group at Pullman, Wash., where she was employed as The Global Client Support Manager. Tina loved her job, her coworkers, and developed a strong friendship with her boss, Susan. She especially loved that her job provided her with opportunity to travel internationally, making two trips to the Philippines, including a stop-over in South Korea.

Tina's love of travel took her to many destinations over the past several years, the Hawaiian Islands being one of her favorite places to visit, especially the Island of Maui, which she made on three separate occasions. She also loved "glamping," camping in the wilderness with all the luxuries of home, with her sister and brother-in-law, Donna and Ed Phillips.

Tina was so proud of each of her children and bragged constantly about them to everyone. She was particularly proud of her first and only grandchild, Leo.

Tina was preceded in death by her father and mother, Donald and Elmira Gudmunson, her sister Caryl Lemon, and her brothers Dale and Daniel Gudmunson.

Memorials can be given in Tina's name to the First Baptist Church in Colfax, Wash.

Kramer Funeral Home of Palouse, Wash. is caring for the family. You are invited to leave online condolences and order flowers for the family at http://www.kramercares.com