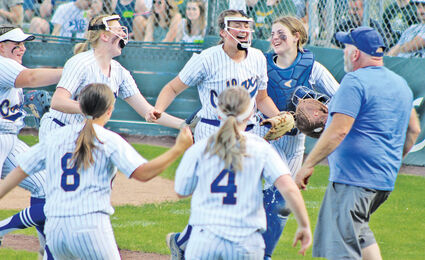 COLBERT - The dugout chatter was louder, the sun was brighter and the calls were closer.

Colfax and Northwest Christian (NWC) met for a charged Bi-County 2B league championship game on May 14 that ended on a Bulldogs' baserunner called for tagging up too early amidst a Colfax rally in the bottom of the seventh inning.

The Crusaders took the title, 5-3, concluding the season in a year of no state tournaments following a year of no seasons due to COVID.

The Bulldogs, in all-white pinstripes, led 2-0 early until NWC, in all black, tied it on a home run by Ellie Sander over Justice Brown and th...