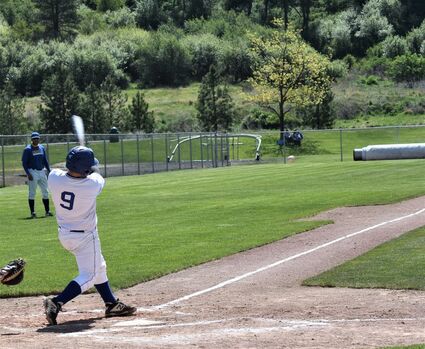 COLFAX - Colfax Bulldogs baseball finished the 2021 season in third in the Bi-County 2B League after a four-team playoff at McDonald Park on May 14.

The south No. 1 seed, Colfax met No. 2 north seed Northwest Christian (NCW) Crusaders in the opener and lost 4-1.

At the top of the eighth inning, NWC scored four runs off three hits to break a 1-1 tie. A fly ball to second from freshman Cody Inderrieden ended it in the bottom of the eighth with two runners, seniors Kit Hockett and Anthony Becker, left stranded.

Colfax scored its run earlier on a balk.