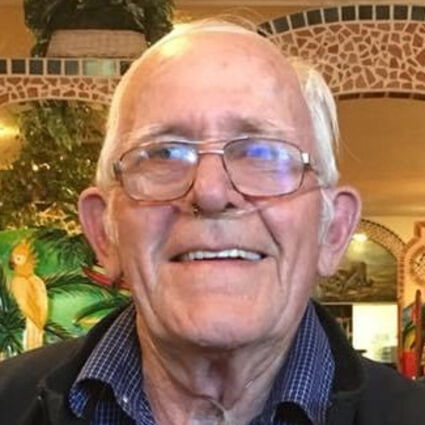 Robert "Bob" M. Lemon, 79, a resident of Colfax, Wash., went to be with his bride on Monday, May 3, 2021, at his home in Colfax. Bob finished his race with his family by his side and passed on his Mother's birthday and on his parents' wedding anniversary, what a gift!

Bob was born on June 25, 1941, at Spokane, Wash., to Charles Glen and Ada Elizabeth (Webster) Lemon. Bob attended Colfax schools and graduated from the Colfax High School in 1960. After graduation he moved to Safford, Ariz., where he worked for a crop-dusting company as a loader for a year and a half. He later returned to Uniontown, Wash., where he worked for the Northern Pacific Railroad on the section crew for about two and a half years. Bob was employed at Washington State University from 1967 until he retired in 2005 as a Heavy Equipment Operator. Bob also worked as a Whitman County Reserve Deputy Sheriff for 16 years from 1972 to 1988.

Of all the people Bob touched, his most proud achievement in his life was marrying his wife Caryl Jean Gudmunson on Nov. 8, 1969, at Colfax, Wash. Family was very important to Bob. Bob loved deeply. A relationship with God was the foundation of his family. Even if his pockets were empty, he never refused to give. Bob educated his children to be happy, see the value of things and always help others. The love of Bob's life passed away in 2009. We can only imagine the reunion now.

He was a strong patriarch of his family, a good friend to all, a man who would give his shirt for a friend.

He was a good father who always took care of his children and did the best he could do to teach and guide them. A man who never cared much about himself and even in his final days would remind his children to keep the structure of the family.

He never looked for praises, never one to boast. He quietly went on working for the ones he loved the most. He was there – a firm foundation through all our storms of life. Bob was a strong hand to hold on to in times of stress and strife.

A funeral service will be held on Monday, May 17, 2021, at the Community Bible Church, 714 S. Hillcrest Dr, Colfax at 2 p.m., a private family graveside service will be held at the Colfax Cemetery with the United States Navy Honor Guard and Potlatch Post # 10300 participating, with Pastor Ken McNaughton officiating.

Memorials may be given to one of the following:

Kramer Funeral Home of Palouse, Wash., is caring for the family. You are invited to leave online condolences and order flowers for the family at http://www.kramercares.com