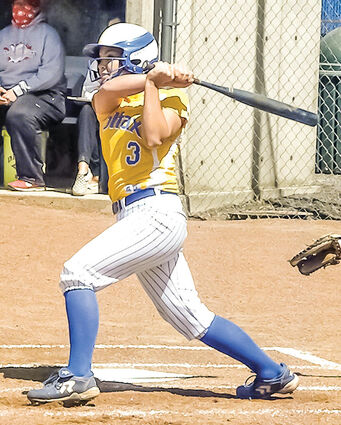 Next up was a trip to Northwest Christian for a showdown against the 8-0 Crusaders.

Against Davenport, Colfax seniora Helina Hahn went 3-for-5 at-bat with a home run, a triple, and four RBIs in the doubleheader. Justice Brown was 4-for-5 at-bat with three RBIs. Others with multiple hits on the day were Anni Cox, Delaney Imler, Jorja Koerner, Rian Jones, Devan Becker, and KeiLena Nelson.

The games were called in the fourth and fifth innings due to the mercy rule.