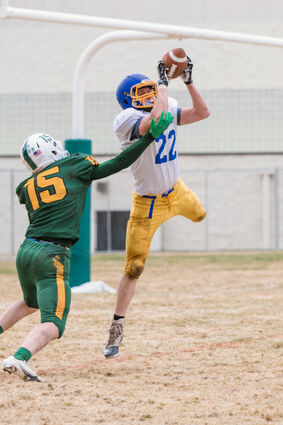 Brenda Gingerich | Special to The Gazette

COLFAX - The Colfax Bulldogs were ready for more football, but instead turned in their gear.

They were set to gather Tuesday for their last week of practice and to prepare for a one-shot playoff game to finish the abbreviated season.

The No. 3 seed Colfax versus No. 4 Reardan game was canceled as Reardan went back to remote learning and stopped extracurricular activities.

The game will not be rescheduled.

"As (athletic directors) and football coaches, we had all agreed April 3 will be our last day of football activity," Colfax Coach Mike Morgan said. "We don't want to infringe on spring sp...