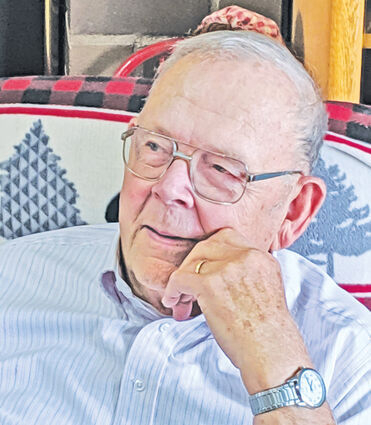 Robert "Bob" Henry Hill, longtime Rosalia resident, passed away Feb. 3, 2021, at Sacred Heart Hospital in Spokane. He was 79. A graveside service will be held Saturday, Feb. 13, at 10 a.m. at the Dayton City Cemetery, Dayton, Wash., followed by a memorial service at the Rosalia CommUnity Church at 3 p.m.

Bob was born October 31, 1941, near Icicle Flats, Idaho, to Raymond and Anna Forseman Hill. Bob moved around a lot as a young child as his father was away at the war. He graduated from Dayton High School where he also met the love of his life, Della Jean Hill.

They married on June 9, 1962, and made their home at Huntsville near Waitsburg. He worked as a millwright and custom cutter for area farmers. They lived in Spokane for a time where he worked in construction before moving to Rosalia in 1973. Bob worked for many years as a maintenance foreman for the Rosalia Producers grain elevators. He liked to talk and would strike up a conversation anytime someone would listen. He loved camping, fishing and wood-working. They also enjoyed travelling, including trips to Mexico and Canada. He was a member of the Rosalia CommUnity Church.

Bob is survived by his three children, Mike (Lisa) Hill of Spokane, Kris (Dan) Karr of Ocala, Fla., and Suzanne Hill of Rosalia; eight grandchildren and ten great-grandchildren; as well as his brother Jim Hill of Valley, Wash., and sister Tauna Hooper, Seattle. He was preceded in death by his loving wife, Della, on Sep. 8, 2020, and by his parents. The family suggests memorial gifts be made to the Rosalia CommUnity Church or the Rosalia Fire Department. On-line guest book is at http://www.bruningfuneralhome.com.