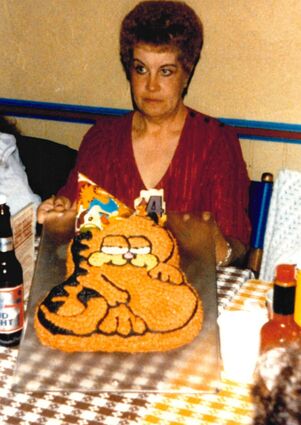 Alma was born Sep. 15, 1934, in Yakima, Wash., to John and Mary Howard Miller. She was raised in the Wapato area and graduated from the Wapato High School in 1953. She married Ron Saxton and they moved to settle closer to the coast near Darrington, Wash. They moved back to Yakima after five years. Dee worked in orchard warehouses where she sorted apples for about 12 years. She and Ron went their separate ways in 1980 but remained close through their kids.

Dee moved to LaCrosse in 1985. She was a wonderful mom to her four children and she thoroughly enjoyed her grandchildren once they came along. She liked to collect bird houses and teddy bears. Dee met David McIntosh through mutual friends and the two had been together since 1987. They liked going to the PBR in Las Vegas and made the trek at least four or five times. Dave passed away in 2013.

Dee is survived by her children; Linda (Sherman) Traxinger of Selah, Wash., Carey Elizabeth West of Prescott, Wash., Rondi Dean West of Endicott, Wash; her daughter-in-law, Rhonda Saxton; 10 grandchildren and 9 great-grandchildren and one "on-the-way"; and by her sister, Mary Jane Brown of Yakima, Wash. In addition to Dave, she was preceded in death by her son, Kirk Saxton, husband Ron Saxton and her parents. On-line guest book is at http://www.bruningfuneralhome.com