Phyllis was born at home on the farm in Oakesdale, Wash., February 21, 1932, to Frank & Alice Fish. She grew up in Oakesdale and liked to play basketball. She was her dad’s “boy”. Phyllis graduated from high school in 1949 and went on to attend college at Eastern Washington University for a year. She met Delbert E. Miland and they were married May 18, 1957. They made their home in Oakesdale for their entire lives. Delbert passed away November 28, 2014.

She had a laugh that was catching and made you want to join in. She was easy to find at the corner grocery store. Phyllis drove school bus for the Oakesdale School Dist. #324 for 28+ years that allowed her to be close to her three kids and then ultimately, she ended up being close to everybody’s kids. Phyllis was loved by all. She had a great sense of humor and was LOTS of fun.

You could find her in the big yellow school bus picking up and delivering kids Sept. – June, in the wheat truck taking grain to the elevators at harvest time or in her painting clothes adding color to many of the homes in and around Oakesdale. Mom was given the nickname “Roadrunner” for her quickness; and “Skinny” …, she loved her mashed potatoes & gravy and NEVER gained a pound. The ultimate name she was called was “grandma” or “school bus grandma” by her favorite fans, her grandchildren.

Phyllis was a member of the Oakesdale Presbyterian Church, Order of Eastern Star, Daughters of the Nile and an avid sports fanatic. She followed all of the local teams in the county and watched many others on TV. She spent summers at Priest Lake and liked to water ski. Spending time with her family was a favorite for Phyllis.

She was preceded in death by her parents, husband Delbert, two sisters, Katherine and Frances, and her granddaughter, Amber. She is survived by her three children, Kitty (Fred), Kari (Chris), and Keith (Patti). “The 3-K’s with a PhD”. She is also survived by 13 grandchildren and numerous great-grandchildren, nieces and nephews.

Online guest book is at http://www.bruningfuneralhome.com Bruning Funeral Home of Colfax is caring for the family. 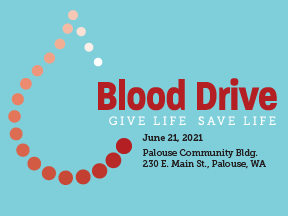